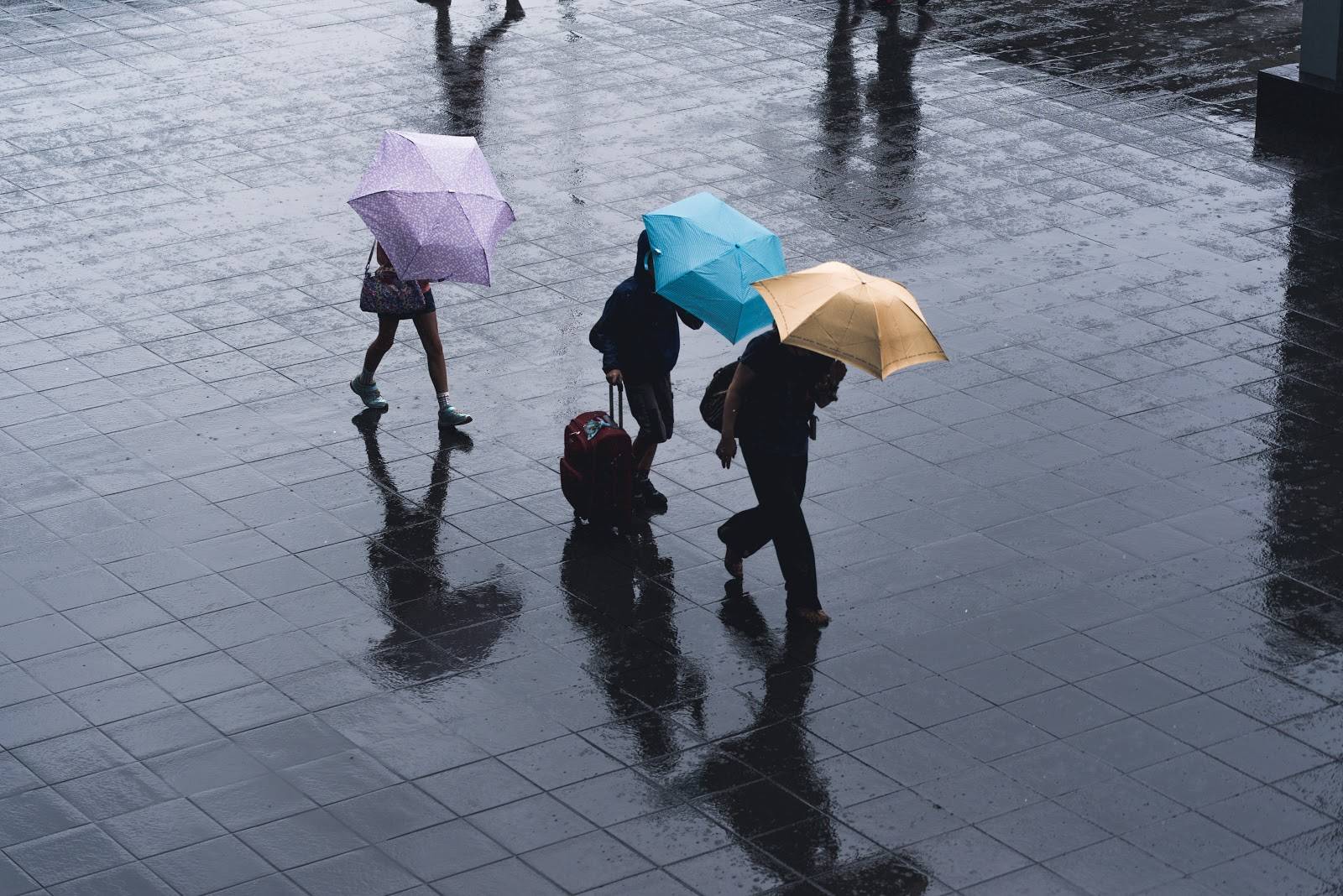 Japan Typhoon Season: What to Do and How to Prepare

Summer is one of the most popular seasons to visit Japan. Festivals lasting long into the night, barbecues and beer gardens, hot days in Tokyo bring joy all around.

Travel plans to Tokyo are always at an all-time high during the early summer months. However, these dog days of summer also herald a less enjoyable time: typhoon season.

What is the difference between a hurricane and a typhoon? 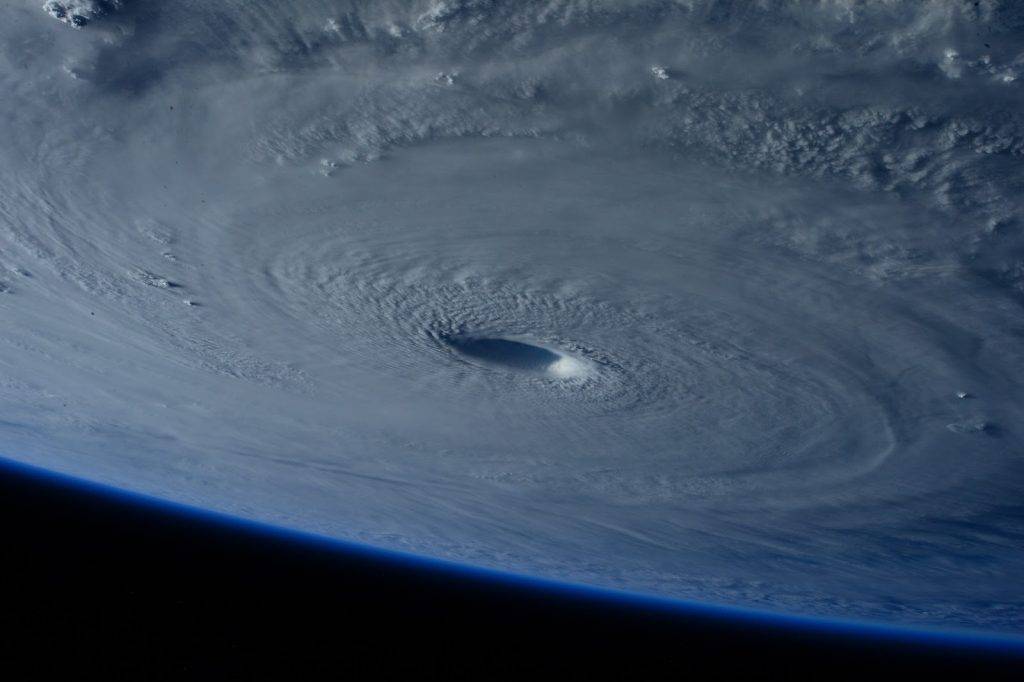 Photo by NASA on Unsplash

Typhoon season in Japan can be scary, but often just a little information can go a long way in helping you feel prepared for possible natural disasters. With this basic guide, we hope to help you understand exactly what’s coming and how to keep you and your family safe.

Many expats are often worried simply hearing the word typhoon: but it’s important to remember that it’s just a name. Hurricane in japan called Typhoon.

Those in the South Pacific may call it a tropical cyclone, whereas those in Europe and North America may call it a hurricane. Japan just uses the term Typhoon.

Typhoon is a term used to describe any tropical storm with heavy rainfall and sustained winds over 74 km per hour that happens anywhere throughout the “Northwest Pacific” and Pacific Ocean (as described by NOAA). This covers most of East Asia and through to South Asia. Storms over the Atlantic Ocean (and Hawaii and Mexico), as a general rule, are called hurricanes.

What months are typhoon season in Japan? 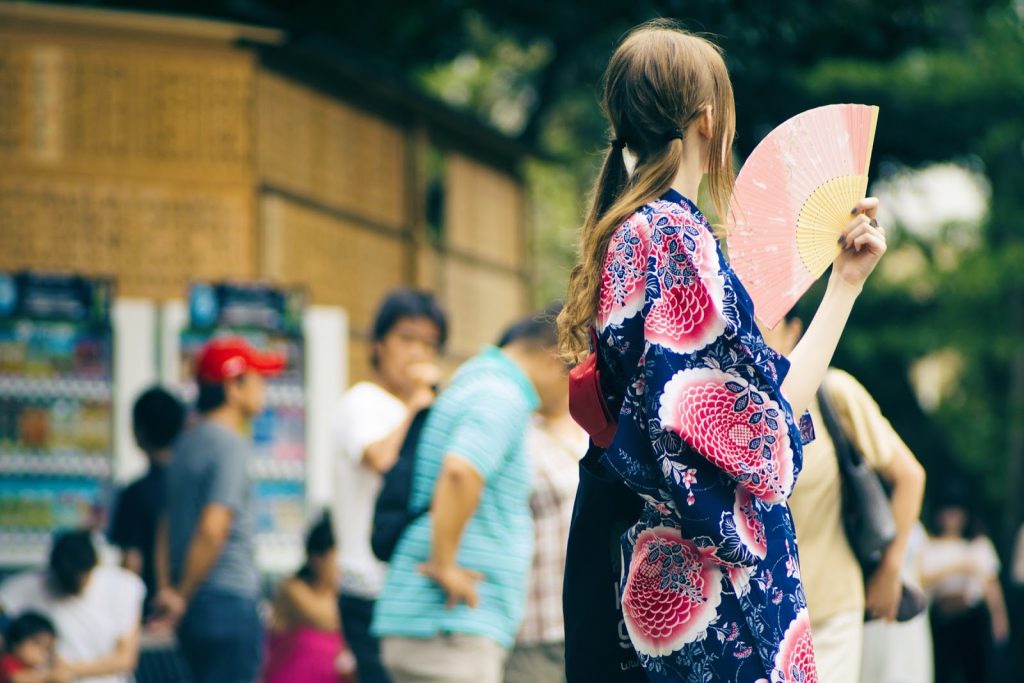 Japan’s rainy season is June to July. However, typhoon season runs longer from July to October, and while over two dozen hurricanes occur every year, only about half of them actually approach or hit japan.

Most often, Tokyo and major cities like Kyoto or Osaka are spared the brunt of the rain and wind, though that’s no reason to become complacent. In 2019, typhoon Hagibis railed against Tokyo, with high winds and heavy rains that caused millions of dollars in damage and power outages for days after the storm.

Even if it doesn’t make typhoon status, there are several lower grades of tropical storms that can cause long weeks of heavy rains and the barrage of mudslides that happen in many mountainous neighboring prefectures like Gunma or Niigata.

Tropical cyclones are graded on the severity of wind and rainfall, graded on whether the winds are continuous for over ten minutes, increasing in grade depending on wind speed.

The storms start at tropical depressions, with winds of under 40 mph. Next comes a tropical storm: often, typhoons start to show how damaging they might be at this stage. Tropical storms range from 37-54 miles per hour in sustained winds and can cause considerable damage just at that stage.

Next is a severe tropical storm, which causes significantly more damage at up to 72 mph. Anything with higher wind speeds is considered a typhoon. Recently, as climate change has created more instability in water temperatures, these have increased in strength to create the new category of the super typhoon (Super Typhoon Hagibis was one of the first super typhoons to make landfall in Japan).

What should we do in case of typhoon in Japan? 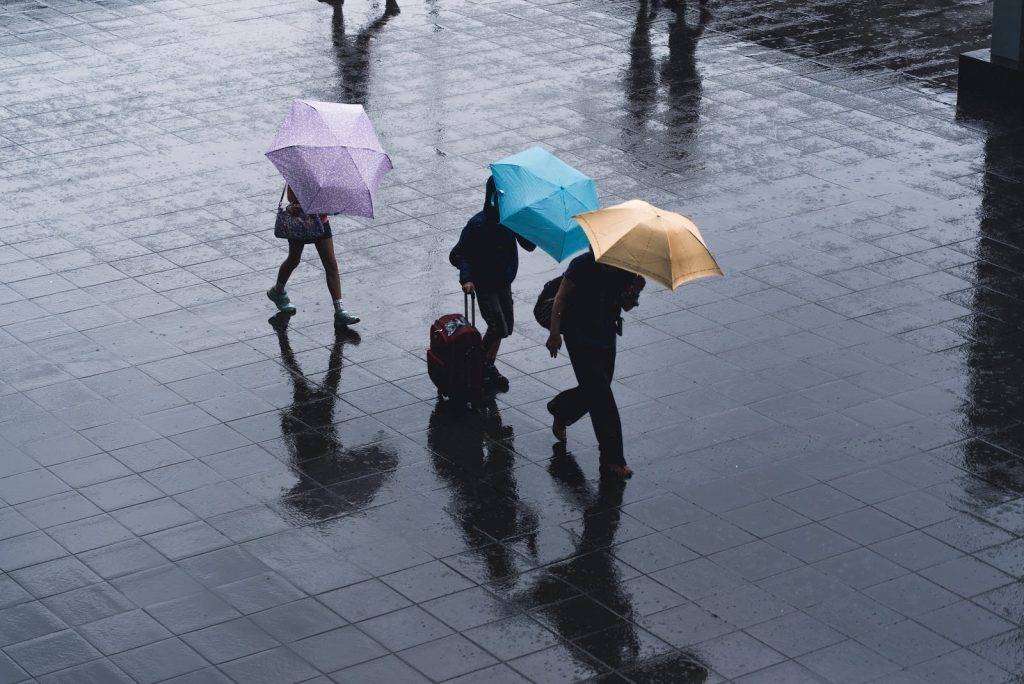 Photo by Ryoji Iwata on Unsplash

So what can you do to prepare?

Japan is extremely invested in making sure its citizens are prepared for many natural disasters, though unfortunately, not reading Japanese may be a small hamper on the information you get via print or television media.

Weather forecasts during hurricane season will usually include a projected map of the probable hurricane trajectory over the next few days or hours (depending on whether the storm is severe enough to require hour-by-hour tracking).

You should always make sure you and all your family members are fully aware of the safety procedures. And the emergency evacuation location assigned to you will often be a local gym or elementary school and will be provided for you when you register with the municipal government.

Clear your balcony and cover windows

Once you are home, you need to prepare your outside space as much as possible. Anything on your balcony should come inside as early as possible, and appliances like washers on the balcony should be covered tightly (these covers are available at Daiso for 100 yen).

If you have large glass windows or doors that face outside, cover those as best you can and stay away from them. Once the typhoon is upon you, try to keep yourself and your family in a room away from windows.

You should always make sure you have plenty of water, food, and indoor activities to keep yourself busy and make sure your phone is charged (and a portable charger just in case).

If it’s coming in the evening, try to get home as early as possible to keep yourself from walking or getting caught in the inevitable train delays or closures.

Where to find Typhoon updates

The very best information can be found on the website for the Japan Meteorological Agency. During typhoon season, Japan does an excellent job of using its impressive resources for up to date tracking and progression modeling.

If you have a phone with a Japanese number, you should also receive alerts to your phone, so don’t panic if you suddenly receive a loud alert, regardless of your phone silencer. It can sometimes be almost panic-inducing to hear the sudden alert sound from every phone on a packed train, though those alerts usually go out with enough time for you to arrive safely home.

If you’re worried about the trains, JR East’s Train Status Information page will always tell you the status of aboveground trains under their purview.

In addition, here are some apps and websites that are useful for knowing disaster information.

What to do after a typhoon occurs?

After a typhoon has hit, don’t come out to check on anything until you’re sure it has safely passed.

The eye of the storm often feels calm, but you can put yourself in real harm from being outside once it passes. Keep looking at the Japan Meteorological Agency website for updates in English and don’t leave until they’ve confirmed its safe.

If you’ve lost power, take caution when restarting appliances and check your refrigerator and freezer for spoiled food. Avoid going outside as much as you can help it.

How to stay safe in Tokyo from Typhoon

We hope that this guide helps alleviate some of the natural fear when hearing about a typhoon in Japan.

While it may be frightening to think about, it’s important to keep your loved ones safe by preparing a basic emergency kit of a week’s worth of water, food, medication, and other necessary supplies.

If you have children, make sure you know the school’s emergency evacuation plan as well as your own. The more you know, the better you can be ready for whatever the world may throw at you.

Guide to Living in Japan